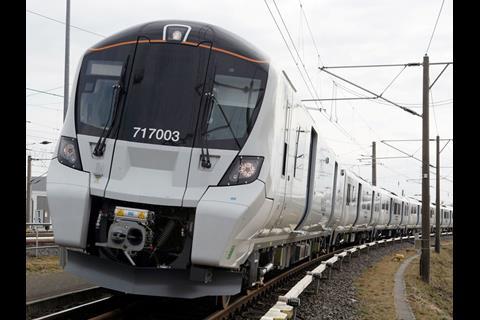 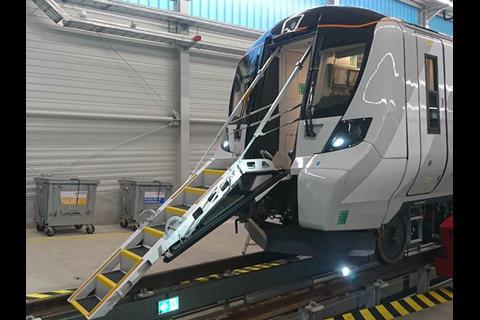 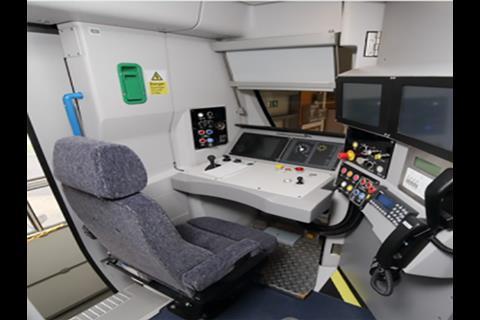 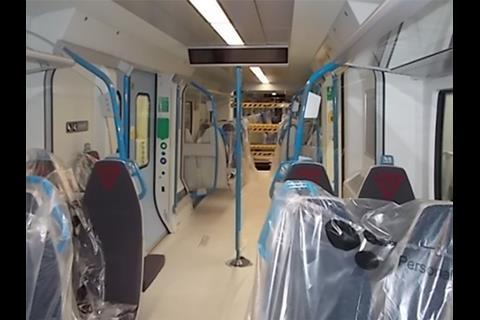 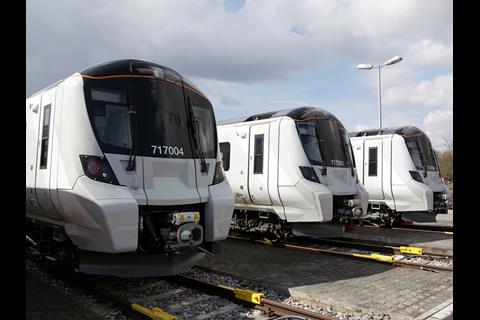 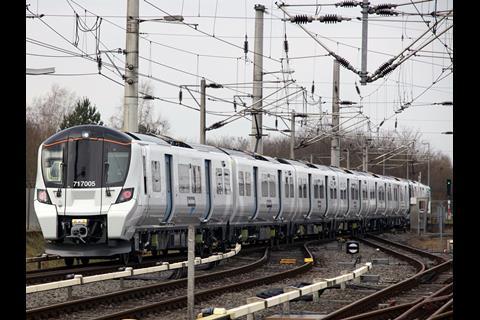 UK: Siemens has unveiled the Class 717 Desiro City electric multiple-units which it is building for Govia Thameslink Railway.

Being built at the Siemens plant at Krefeld in Germany, the 25 six-car units are scheduled to enter service from September on GTR’s Great Northern commuter services from Welwyn Garden City, Hertford and Stevenage to London’s Moorgate station. All units are due to be in service by January 2019.

The dual-system 750 V DC third rail/25 kV 50 Hz overhead Class 717 EMUs will replace 44 three-car Class 313 units dating from 1976-77. Ridership on the route has doubled in the last 14 years, and the new units have full-width inter-car gangways to increase capacity as well as 2+2 seating with wide aisles and wide doors for rapid boarding and alighting. Total capacity is 943 passenger per unit, with 362 seats including 64 priority and 15 tip-up seats; there are no seat-back tables. There are two wheelchair spaces.

The EMUs are fitted with Liebherr air-conditioning, real-time information systems and power points, and there will also be wi-fi, although with limited coverage in the Moorgate tunnels. There is provision for ETCS, although GTR said ‘timescales are now unclear’ for this to go live on the route. ETCS is expected to improve reliability by allowing the removal of mechanical tripcocks and older lineside equipment.

The Class 717 is similar to the Siemens Class 700 ordered by the Department for Transport for GTR’s longer-distance Thameslink services. Differences include cab end doors with extending ladders for emergency evacuation in the single-bore tunnels on the Moorgate route; this requires the driver’s seat to be on the left of the cab rather than central, and some instruments can be swung inwards. There is an additional priority seat per doorway in place of the luggage area, one power socket per seat pair compared to none on the Class 700s, no first class or toilets, and revised software.

‘We have designed and built the trains with one goal in mind – to transform passenger journeys to and from London by ensuring that services are reliable and offer as much space as possible’, said Richard Carrington, Director of Rolling Stock Projects at Siemens, on May 2.

GTR selected Siemens to supply the fleet in December 2015. The operator organised a separate competition to finance the order, and a deal worth more than £200m was signed by the Rock Rail Moorgate joint venture of Rock Rail Holdings and Aberdeen Standard Investments in February 2016. According to Siemens, this is the first time that UK rolling stock financing is being provided through a direct long-term investment by pension and insurance companies.