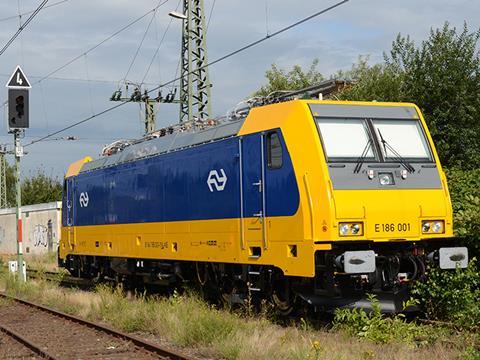 The 160 km/h locomotives are to be operated with refurbished ICR coaches on domestic services from Amsterdam to Rotterdam and Eindhoven using the HSL-Zuid high speed line from late 2015.

They were ordered directly from Bombardier without a tender in mid-2013, after NS abandoned hopes of being able to use AnsaldoBreda V250 trainsets on the services.