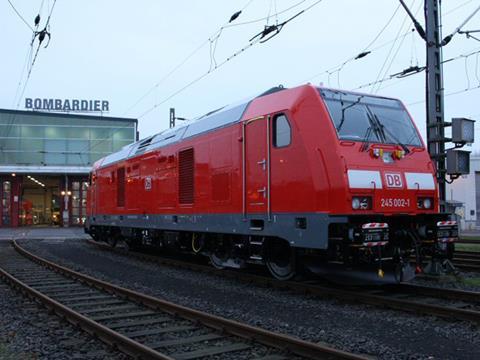 A memorandum of understanding to reform the approvals process was signed in June by the Ministry of Transport, EBA and representatives from the rail industry. This followed from a call by DB Chairman Rüdger Grube for a fundamental revision and simplification of rolling stock certification procedures, which were leading to delays in putting new trains into service and had attracted criticism from the supply industry including the then President & CEO of Siemens.

Bombardier said authorisation of the Traxx P160 ME took 'a record time of just 11 weeks' following the reforms, which permit some operational testing to be undertaken by private organisations with legal ratification by EBA.