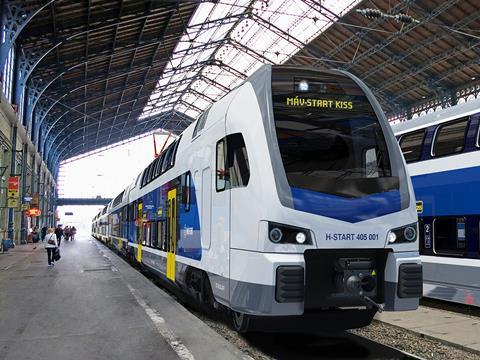 HUNGARY: National passenger operator MÁV-Start has formally signed a contract for Stadler to supply a further 21 six-car Kiss double-deck electric multiple-units for delivery by the end of 2022, the manufacturer confirmed on January 7.

The €313m firm order which has been finalised following the confirmation of funding is the third and last to be placed under an April 2017 framework agreement for up to 40 units, all of which have now been ordered.

The first contract signed in August 2017 covered 11 units, and a further eight were ordered in December 2018.