Modern locomotives on the way to Moldova

MOLDOVA: The first six of 12 TE33AC diesel locomotives which national railway CFM ordered from GE Transportation, now Wabtec, in 2018 are currently being delivered from the LKZ factory at Nur-Sultan in Kazakhstan. 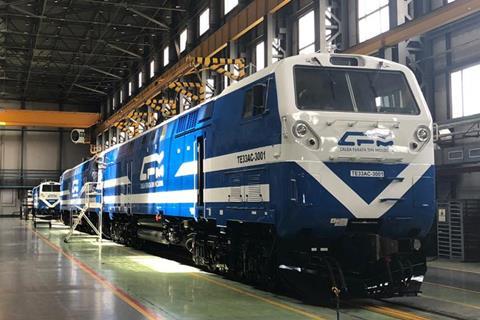 The €45m order announced in November 2018 includes modernisation of Chișinău locomotive depot. It is being financed by the European Bank for Reconstruction & Development and the European Investment Bank as part of a €110m programme of railway reform and modernisation in Moldova.