Production of Devon and Cornwall trainsets begins in Italy 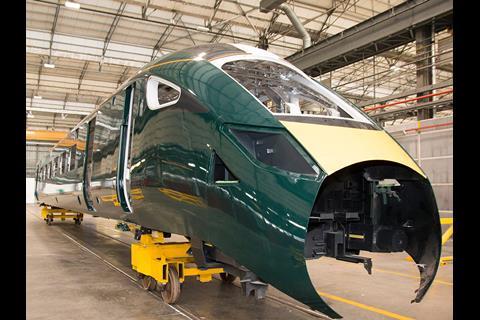 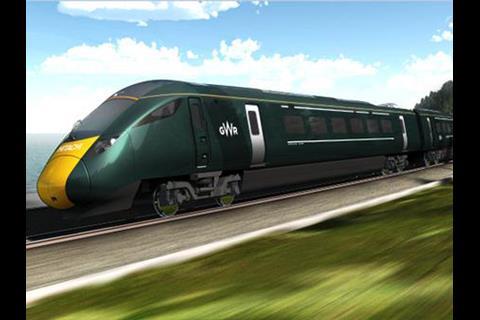 UK: Hitachi announced a 'milestone' in the production of electro-diesel inter-city trainsets for Great Western Railway services from London to Devon and Cornwall on February 15, with the delivery of the first AT300 bodyshell to its plant at Pistoia in Italy.

Hitachi is building a total of 93 trainsets for use by GWR. Of these, 57 are Class 800 sets ordered under the Department for Transport’s Intercity Express Programme for use between London, Bristol and South Wales. Pre-series units were produced in Japan, with manufacturing moving to Hitachi's UK plant at Newton Aycliffe which rolled out its first completed trainset in December 2016. These IEP sets are expected to begin entering service this year.

Separately, in July 2015 and August 2016 GWR and leasing company Eversholt Rail ordered a total of 22 five-car and 14 nine-car Class 802 sets for use on routes from London to Devon and Cornwall. These are being produced in Italy, as Newton Aycliffe is busy with the IEP order and electric multiple-units ordered for ScotRail.

Hitachi said the AT300 design would be able to withstand southwest England’s weather conditions, including operation along the seawall at Dawlish where waves are often blown over the railway. One nine-car set and two five-car sets are scheduled to be shipped to Southampton this summer for testing, with the first production sets to arrive from Italy in winter 2017. They are scheduled to enter service from 2018.

All 93 trainsets are expected to be in service by the end of 2019. As well as being able to draw power from 25 kV 50 Hz overhead electrification, they will have MTU Series 1600 PowerPacks with 12V 1600 R80L engines for use on non-electrified routes.