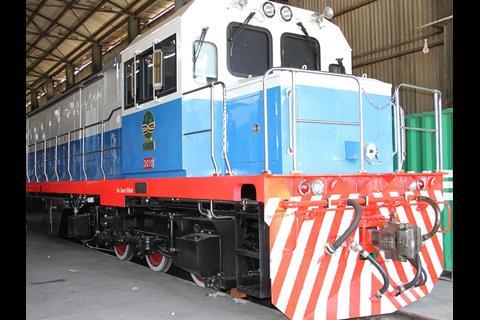 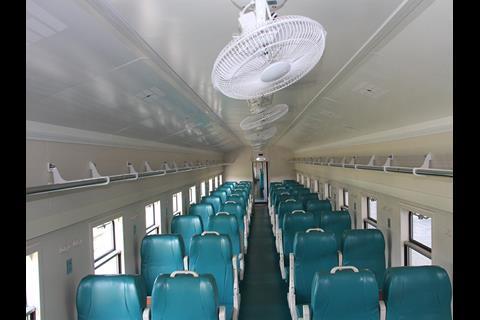 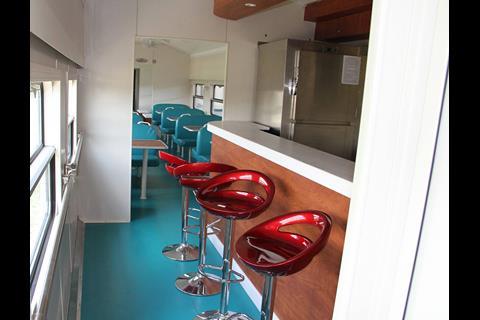 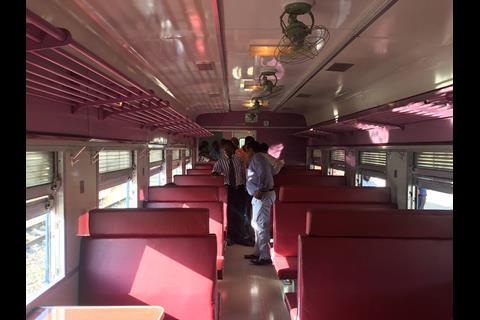 TAZARA expects the new equipment valued at US$22·4m to have a ‘substantial impact’ on its operations, which have been suffering from reduced capacity as a result of the age of the fleet and a lack of money for maintenance. The delivery is expected to increase daily locomotive availability from 12 to 16, and extend the mean distance between failures from 6 015 km to 7 098 km.

The new coaches would provide a ‘firm footing’ for restoration of the ‘reputation for which TAZARA passenger trains have been renowned’ in the past. The railway said that 10 years ago it ran six trains/week carrying more than 900 000 passengers/year, but the shortage of serviceable stock has brought a drop to four trains/week carrying 455 000 passengers, with delays and breakdowns becoming ‘a common occurrence’.

TAZARA’s Dar es Salaam workshop has also begun a programme to rehabilitate 24 out-of-use coaches, with one third class coach completed at a cost of US$21 000 using internal resources.

The construction of TAZARA was backed by China, and the railway has since been supported through a series of Protocols of Economic & Technical Co-operation between the governments of China, Tanzania and Zambia.

The latest delivery was financed with an interest-free Chinese loan under the 15th protocol which was signed in March 2012 and covers a total of 12 projects worth US$42m over three years. TAZARA has already taken delivery of two shunting locomotives, as well as rescue and lifting equipment, trolleys, assorted spare parts and 30 000 wooden sleepers, while Chinese experts have been seconded to TAZARA and staff training undertaken. The final delivery under the 15th protocol will be a batch of locomotive and wagon spare parts which is scheduled to arrive in December.

Watching the unloading of the new locomotives at Dar es Salaam, Acting Managing Director Ronald Phiri said Chinese economic and technical support had ‘kept TAZARA afloat’ while awaiting a much-needed re-capitalisation and restructuring. ‘We remain eternally grateful to the government and the people of China for their constant and positive association with TAZARA, which they helped build some forty years ago and have continued to prop up unreservedly throughout the years’, he said.