Tunnelling under the Rhône 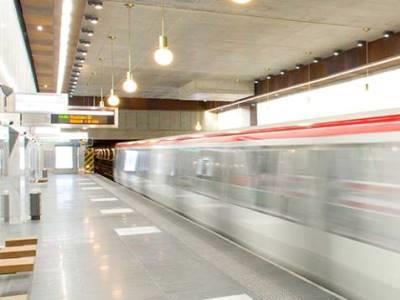 FRANCE: Revenue service began on the extension of Lyon metro Line B to Gare d’Oullins on December 11.

The 1·8 km extension south from Stade de Gerland runs in a 300 m tunnel under the River Rhône, bored using a single-bore slurry shield TBM supplied by Herreknecht. Civil works started in June 2009, with the tunnel being bored between September 2010 and April 2011. The civils contractor was a consortium led by Chantiers Modernes Rhône-Alpes and including Vinci Construction subsidiaries Botte Fondations, EMCC, Tournaud and Dodin Campenon Bernard. Egis was the engineering, procurement and construction manager for design studies and construction work.

Lyon transport operator Sytral expects an extra 20 000 passengers per day to use Line B now that the extension has opened.