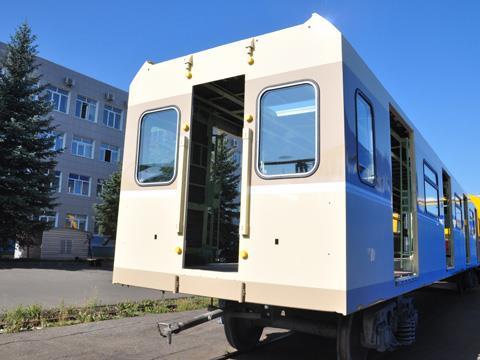 RUSSIA: Transmashholding's Tver Carriage Works completed its first metro car bodyshell in October. After assembly the Type 81-760 intermediate car shell was transported by road to TMH's Metrovagonmash plant for fitting out before delivery to Moscow Metro.

Metro cars are a new area of activity for the TVZ plant, which has traditionally focused on locomotive-hauled railway coaches. TMH is expecting TVZ to complete more than 30 metro cars by the end of 2011, and its activities could be expanded to installing the interior fittings.