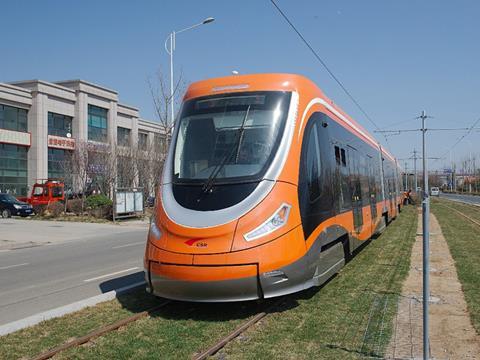 CHINA: CRRC Qingdao Sifang is to supply eight hydrogen fuel cell trams for a route being developed in Foshan, the supplier announced on March 9.

Each tram will have capacity for 285 passengers and a maximum speed of 70 km/h. They will be powered by hydrogen fuel cells developed with Canadian company Ballard Power Systems under a C$6m agreement.

The trams will be deployed on the 17·4 km Gaoming Line in Foshan, which will have 20 stops.