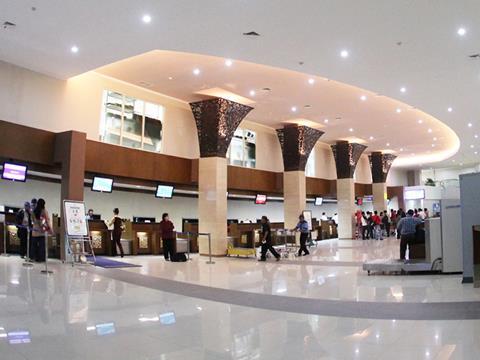 INDONESIA: Construction has started on a 13·5 km rail link to serve Adi Soemarmo International Airport in the central Java state of Boyolali, following a groundbreaking ceremony on April 8 attended by President Joko Widodo.

Due to be completed within two years, the line will connect the airport with Solo City station in the northern suburbs of Surakata, where it will meet the Jakarta – Bandung – Surabaya southern main line. The rail link is being developed by a consortium of three state-owned companies including national rail operator PT KAI, PT Angkasa Pura I and PT Pembangunan Perumahan. Around 3·5 km of the route uses an existing railway alignment, while 42 ha of land for the remaining 10 km is being acquired, mainly from other state-owned companies.

Construction of the rail link coincides with work to expand the airport, including lengthening of the runway from 2 000 to 3 000 m. This work is due to be finished in 2018.

President Widodo said the rail link project should be accelerated because other countries had started to leave Indonesia behind. ‘In almost all developed countries once getting off the plane, there has been a train to go anywhere. Users are given the option to take a taxi, bus, train or light rail. Connections between these modes will streamline services to the community and the option should be provided by the state in order to be efficient and have a competitive edge’, he explained.