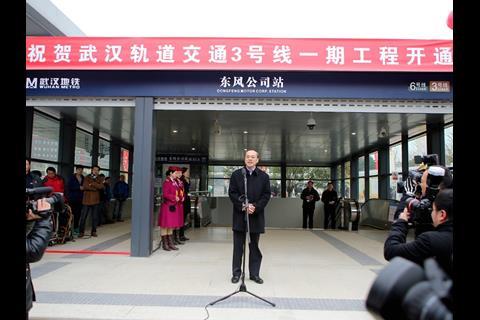 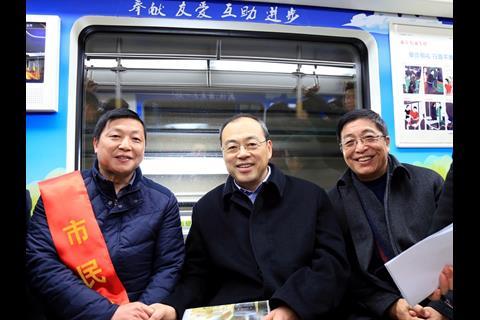 CHINA: The fourth metro line in Wuhan opened on December 28. The 33·2 km Line 3 runs underground from Hongtu Boulevard in the north to Zhuanyang Boulevard in the southwest with 24 stations. Interchanges are provided with Line 2 at Fanhu, with Line 1 at Zongguan and with Line 4 at Wangjiawan.

Services are operated using six-car Type B trainsets supplied by CNR Changchun, drawing power from a 750 V DC third-rail supply. There are depots at both ends of the line.

Construction of Line 3 began on May 31 2012 following approval by the National Development & Reform Commission in February 2012.