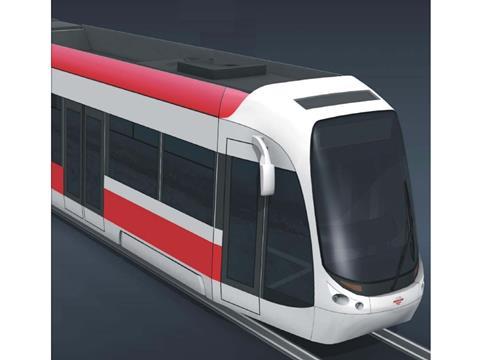 The joint venture is developing a prototype Superior Plus tram, with Inekon preparing the documentation and supervising production. The 100% low-floor trams would be 34 m long, with options for one or two cabs and on-board energy storage for off-wire operation. They would use mostly Chinese components, but doors, air-conditioning and electronics would be supplied from the Czech Republic.

The joint venture has completed a factory at Changsha with capacity to assemble up to 500 trams a year, and expects to submit its first tender for the supply of 25 trams during September. It envisages sales of up to €1bn.

The Chinese market offers ‘enormous potential not only for sales, but also the possibility of production at a lower cost’, according to Inekon Group founder and CEO Josef Hušek, who said CRSC is a ‘strong partner’, able to help with financing. ‘China is now experiencing a major boom and transformation in rail travel, which Inekon wants to be a part of. There are 80 cities with a population exceeding 5 million, meaning there is huge potential to supply trams.’