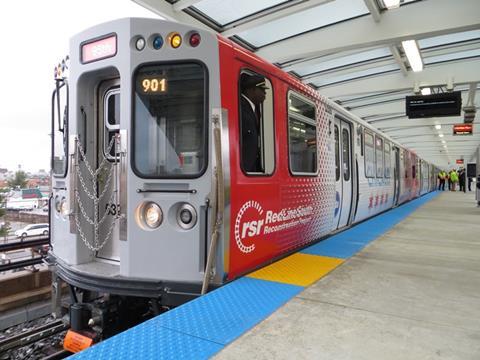 The funds make up part of the $43·7m required for preliminary designs, engineering and environmental planning for the first phase of the $4·7bn modernisation programme for the Red and Purple metro lines. CTA expects to receive $600m to $700m in additional funding upon completion of federal requirements.

The first phase of the modernisation programme includes track and signalling upgrades, platform widening, making the four stations between Lawrence and Bryn Mawr accessible, and grade separating the junction with the Brown Line north of Belmont.

The northern section of the Red Line and Purple Line together account for about 40% of metro ridership, with growth of 40% in the past five years. According to CTA, the modernisation is expected to increase capacity by 30%.

Other planned work for the Red Line includes a southern extension to 130th Street, which is in the planning phase, and reconstruction of 95th Street and Wilson stations, due to begin later this year.

CTA is the first agency selected for funding through the Federal Transit Administration’s CCGP. Authorised by the Moving Ahead for Progress in the 21st Century (MAP-21) Act, the CCGP is intended for increasing capacity without expanding the footprint of the system. Eligible projects must expand capacity by at least 10% in existing transport corridors that are already at capacity or expected to be within five years. The FTA’s 2014 budget includes $120m for CCGP.