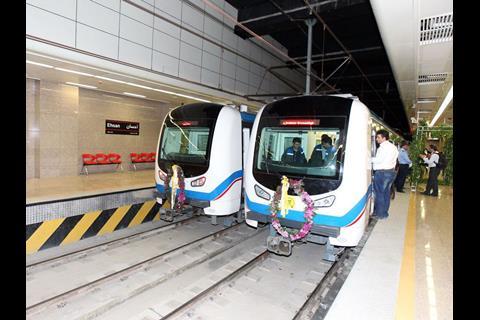 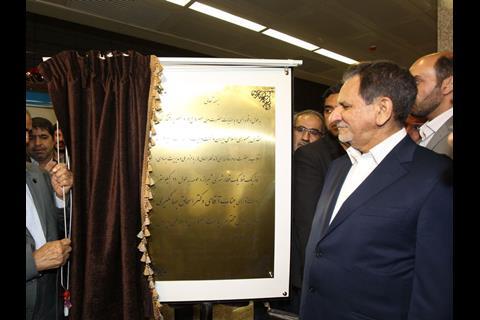 The first section runs for 10·5 km between Ehsan in the north of the city and Namazi in the centre, with eight stations now open. It will be operated using a fleet of 27 five-car 1·5 kV DC overhead electric trainsets which are being supplied by China CNR Corp and local partner IRICO under a contract awarded in November 2010.

Construction of Line 1 began in 2001. The line is to be extend south from Namazi to Gol-e-Sorkh Square near the airport, taking it to 22·4 km with 20 underground stations and one surface station. Much of the line will be underground, with cut-and-cover sections and 12·5 km of twin 6 m diameter tunnels bored by a pair of earth pressure balance TBMs supplied by NFM Technologies.

The 15 km Line 2 now under construction will interchange with Line 1 at Imam Hosein Square. A 10 km Line 3 with five stations is planned, along with Lines 4, 5 and 6.