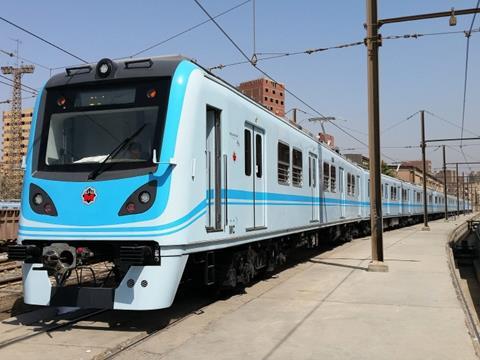 EGYPT: The first Hyundai Rotem trainset on Cairo metro Line 1 has entered passenger service. This is four weeks ahead of the original schedule, as the National Authority for Tunnels was sufficiently satisfied with the results of test running, which started in March.

The NAT signed an E£2·16bn contract in December 2012 for 20 nine-car air-conditioned trainsets, funded by the national government. Four sets will be manufactured in South Korea, with the rest assembled in Egypt. The agreement stipulates that locally made components account for at least 22% of the deal’s total value. The contract includes a two-year warranty period, and Hyundai Rotem will maintain and repair the cars for a further eight years.

The first trainset arrived in Cairo in March, and deliveries are due to be completed by the end of next year.