Private operators to be encouraged under railway reform plans 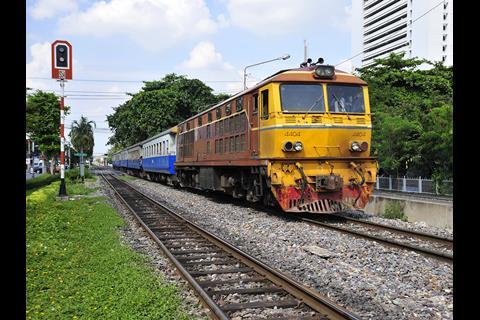 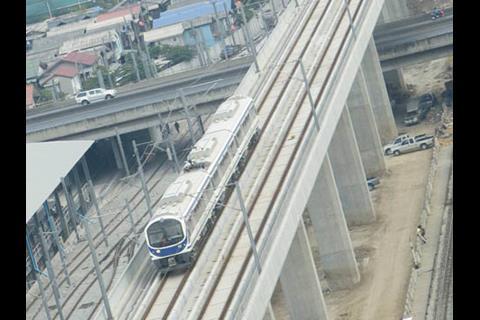 THAILAND: State Railway of Thailand is likely to be abolished under a wide-ranging reform programme planned by the interim military government.

Giving a briefing on railway investment in Bangkok on July 23, Dr Chula Sukmanop, Director-General of the Office of Transport & Traffic Policy & Planning, said the government saw restructuring of the rail sector as a prerequisite to support greater investment in the country’s main line network.

‘We cannot use SRT as a leader any more’, Sukmanop said. Vertical separation is envisaged through the establishment of a railway authority to manage the infrastructure and oversee investment projects. An independent regulatory body would also be established, and private operators would be encouraged to enter the market.

While the administration of former Prime Minister Yingluck Shinawatra had planned construction of four 1 435 mm gauge fast passenger lines to link Bangkok with regional centres, the interim National Council for Peace & Order is prioritising double-tracking of the existing 1 000 mm gauge network. This would cover an initial five sections of route totalling 734 km:

NCPO has not indicated a timescale or budget for the planned works, but Sukmanop said the Ministry of Finance had agreed to provide loans for land acquisition to expedite the programme. Funding would also be made available for the purchase of new locomotives, coaches and multiple-units, he added. The investment programme is being given added impetus by a desire to provide more capacity for potential international services if and when long-planned links to Vientiane and Phnom Penh become operational. Cross-border railway progress is again in focus as Thailand and its neighbours prepare for the launch of the ASEAN Economic Community free trade area at the start of 2015.

NCPO is also understood to be assessing the viability of a programme of gauge conversion, which has been discussed over several decades. The country has 4 000 km of metre gauge line, but just 29 km of 1 435 mm gauge on the newly-built link between Bangkok and Suvarnabhumi Airport.