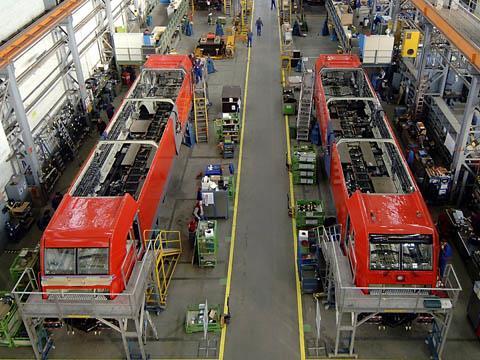 The Transportation business 'delivered a strong performance', said Bombardier Inc President & CEO Pierre Beaudoin, with orders of US$14·3bn up from US$9·6bn in 2009. The backlog stood at a record US$33·5bn at January 31 2011, compared to US$27·1bn the year before.

Transportation revenue of US$9·1bn was down from US$10·0bn as a result of a drop in European locomotive orders owing to the 'challenging economic environment in the freight business', and lower activities in the inter-city and high speed sector as major contracts ended in Europe and Asia. This was partially offset by higher activity in the commuter, regional, light rail and metro markets in Asia, locomotives in North America and propulsion and controls in China. Transportation EBIT of US$602m was down from US$625m the year before, but the margin increased for the sixth consecutive year from 6·2% to 6·6%, thanks to 'better overall contract execution', though partly offset by higher R&D expenses. Beaudoin said the target is an 8% margin in 2013.

'We remain committed to investing in our future', he said. 'Our markets are growing, our products are groundbreaking, and our technological leadership is capturing space in both emerging and mature markets. Overall, we have all the ingredients for profitable growth.'