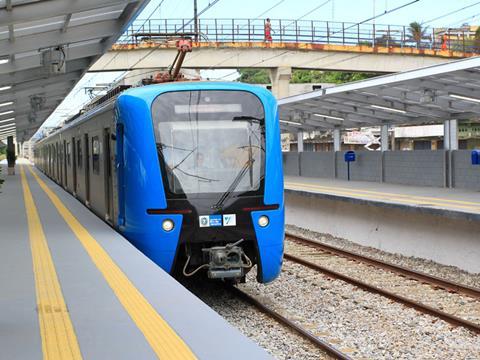 BRAZIL: A new station was officially opened at Corte 8 on the Rio de Janeiro commuter network operated by SuperVia on March 11. Located between Gramacho and Duque de Caxias on the route to Saracuruna, the station has been built at a cost of R$10m to serve a local population of some 30 000 inhabitants. It is the 100th station on the network.

According to Rio de Janeiro state Transport Secretary Julio Lopes, initial usage is expected to be between 3 000 and 5 000 passengers a day. ‘This a modern station’, he said, ‘meeting the accessibility standards recommended by the World Bank’.

Suburban concessionaire SuperVia is currently undertaking a R$50m project to the double the single-track route between Gramacho and Saracuruna, involving the construction of 11 km of new track as well as alterations to the overhead electrification and signalling systems. Work on the first phase is due for completion in June this year.