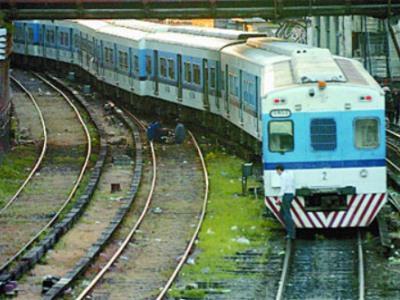 ARGENTINA: Complete renewal of the EMU fleet operating suburban services on the 1 676 mm gauge Sarmiento and Mitre routes in Buenos Aires was announced by President Cristina Fernández on January 10.

Under a contract valued at US$506m, Chinese manufacturer CSR is to supply 55 trainsets totalling 409 vehicles, which will incorporate traction equipment from Bombardier. According to Minister of the Interior & Transport Florencio Randazzo, 225 cars are destined for the Sarmiento line and 184 for the Mitre network.

At present both routes are being operated by the UGOMS consortium of Ferrovías and Metrovías, which took over in May 2012 after Trenes de Buenos Aires was stripped of its concession following the fatal buffer stop collision at Once on February 22 2012 which killed 51 people. The consortium currently has 211 EMU cars to operate the 58 km electrified section of the Mitre network and 206 cars for the 36 km Sarmiento route; both lines are electrified at 830 V DC third rail.

Although the contract price of US$1·26m per car is reported to be around half of that offered by Japanese trading group Marubeni in December, the other major factor behind the government’s decision is understood to be the speed of delivery. Whilst Fernández had hoped to see up to 100 cars in traffic by August, CSR is now expected to deliver the first vehicles in February 2014, with the remainder following by November 2015. To achieve this rapid delivery, the cars will be fully assembled in China.

The deal is to be supported financially by the Chinese government, with a 10-year soft loan covering 85% of the total contract value. Similar terms were offered when CSR Sifang and CSR Qishuyan were selected to supply passenger coaches and diesel locomotives to re-equip the San Martín commuter network under a US$121·6m deal announced in January 2008.

President Fernández has also announced plans to build 62 pedestrian subways and nine overbridges to improve safety on the Buenos Aires suburban rail network, which has large numbers of level crossings. Tunnelling began last year on a project to put the urban section of the Sarmiento route underground; the 33 km tunnel between Moreno and Caballito with 12 sub-surface stations will eliminate many crossings on the line into Once.