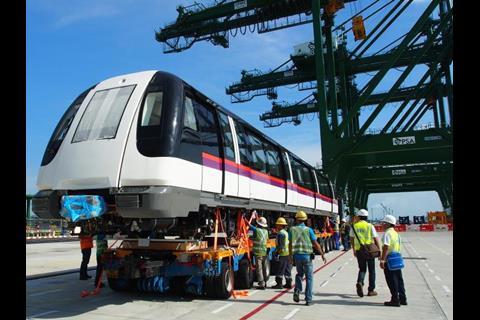 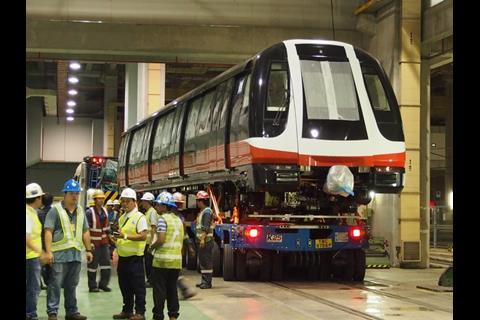 These are the first of 18 trainsets for the North East Line and 24 for the Circle Line ordered in February 2012, in what Alstom Transport says is its largest ever contract in the Asia-Pacific region. Shanghai Alstom Electrical Equipment Co and Alstom’s site in Valenciennes were involved in the design and production.

The driverless trains from Alstom’s Metropolis family are expected to enter service in mid-2015. They will increase capacity by an estimated 60-70% on the two lines.