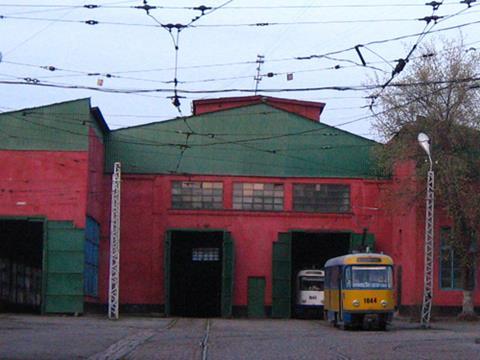 KAZAKHSTAN: A memorandum of understanding for the European Bank for Reconstruction & Development to assist the city of Almaty in awarding a PPP contract for the development of a 'fast tram' line was signed on November 7.

The planned 14 km light rail line to replace the existing tram route on Momyshuly, Makatayev and Zhetysu streets is estimated to cost US$300m, including the acquisition of new vehicles. In April Tengri News reported that Czech firm Inekon had been selected to supply up to 34 LRVs.

EBRD says it will seek grants to cover the cost of legal and technical advisers to assist in preparing PPP documentation; the bank says this will be the first major PPP transaction in Kazakhstan's urban transport sector.

The line is planned as the backbone of the city's surface public transport, and is seen as being cheaper and quicker to build than another metro line.

'Light rail will complement and transform Almaty's public transport system', said EBRD Managing Director for Infrastructure Thomas Maier. 'We believe that efficient public transport is the only way forward for modern cities. Urban light rail can be an effective solution not only in Almaty but in many other busy cosmopolitan cities in the region where we invest.'