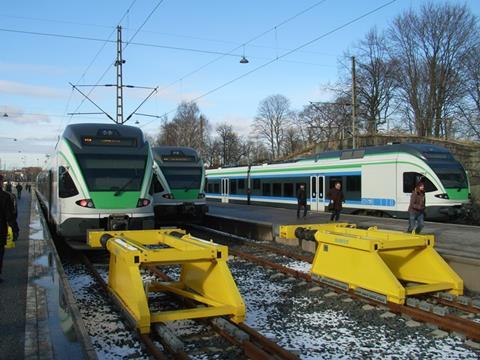 Announcing its selection on June 2, Frequentis said URCA would be the first bearer-independent communications system for a European railway. Using public mobile networks and the TETRA-based VIRVE encrypted communications network employed by the government, emergency services and military in Finland would provide a ‘whole new set of options’ for operators.

The decision to switch to VIRVE from the GSM-R network known as RAILI was approved by the government in early 2015. RAILI is due for replacement by 2018, and interference from commercial networks had caused problems for GSM-R telephones, while the GSM-R network weakened mobile phone reception on train