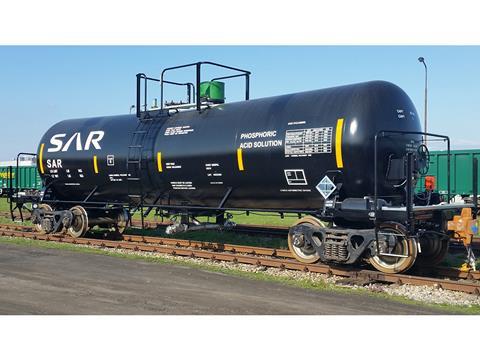 The wagons are being built to US standards and are 14 m long, 4·6 m high and 3 m wide and weigh up to 30 tonnes. They will be shipped in batches of 60 over 22 months, travelling by sea from Gdansk to Dammam from where they will be moved 215 km over two days to the SAR yard at Na’ariyah. The first shipment is scheduled to arrive in Saudi Arabia in July.

‘ALE has made significant investments in equipment and expertise to help meet the requirements of clients in the region’, said Andrew Spink, General Manager of ALE’s Saudi Arabia branch. ‘We are involved with the transport of heavy concrete segments on the Riyadh metro, and recently we have transported several shipments of wagons and locomotives,’ he added. ‘To be involved in the movement of the largest amount of railcars the country has ever received is an indicator of our increasing presence and capabilities in Saudi Arabia’s growing civil infrastructure sector.’