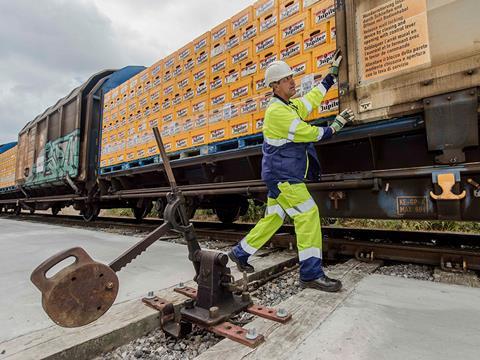 The train is to run three times per week, and is expected to remove 5 000 lorry trips per year from the roads. It has been launched through a collaboration between AB InBev, Delhaize, transport company Remitrans and Oost-Vlaanderen province’s development agency, and it is hoped that the pilot project will attract other partners.

Lineas aims to offer ‘such competitive and high-quality rail products that businesses consciously choose rail’, said Lineas CEO Geert Pauwels. ‘This collaboration, in which a retailer like Delhaize transports a consumer product like beer by rail, is new in Belgium.’

He said developing new services with customers would enable the company to ‘breathe new life into the railway and make an important contribution to achieving climate objectives and reducing traffic jams.’