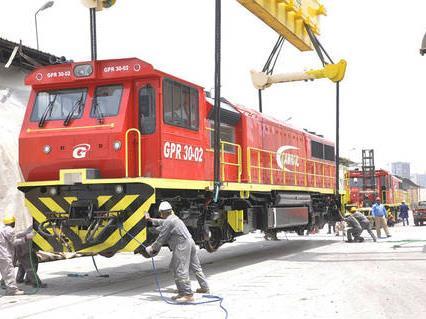 Representing an investment of FrCFA3bn each, the locomotives were supplied by South African manufacturer Grindrod as part of an initial batch of eight diesel heavy freight locos which are due to be accepted by the end of the year. The next pair of locos is due to arrive by the end of May.

Camrail says that the locomotives will enhance the operator’s ability to run longer freight trains through their haulage capability of up to 1 500 tonnes.

The acquisitions are part of the commitments made by Camrail under the terms of its national railway concession agreement, which runs until December 31 2034. This agreement covers railway investment totalling FrCFA230bn between 2009 and 2020, of which FrCFA158bn would be financed by Camrail.

Camrail was established by Bolloré when it took over operation of the 980 km metre-gauge network in 1999.