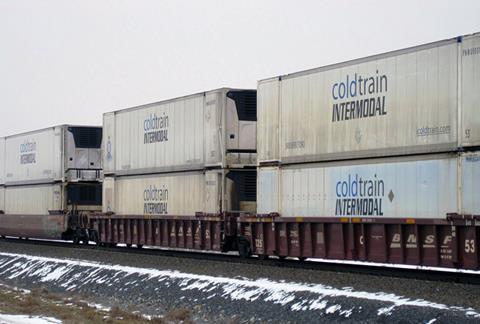 Rail Logistics launched Cold Train in partnership with BNSF Railway in April 2010. It now has a more than 400 Hyundai 53 ft containers, and delivers refrigerated cargo including fresh produce and frozen food from the states of Washington and Oregon to 20 Midwest and East Coast states as well as Toronto in Canada. Frozen and refrigerated food and dry goods are carried on the return leg,