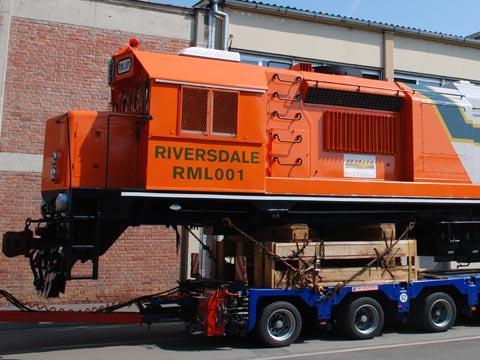 MOZAMBIQUE: Riversdale Mining is taking delivery of six 1 067 mm gauge GT26CW diesel locomotives for the Benga coal project, 65:35 joint venture with Tata Steel which is expected to begin producing coal in Tete province during the second half of this year.

The 3 300 hp locomotives with EMD 16-645E3B engines were ordered from National Railway Equipment Co and are being built by Croatian supplier TZV Gredelj, which delivered the first to the port of Rijeka by road in late May.

Riversdale has an option for a further five locomotives.