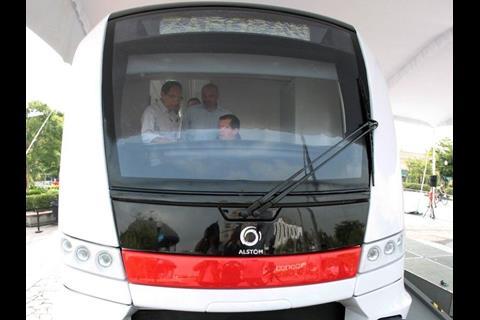 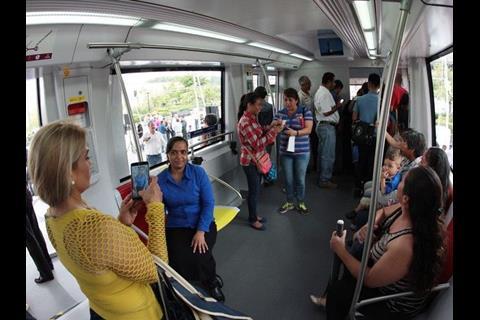 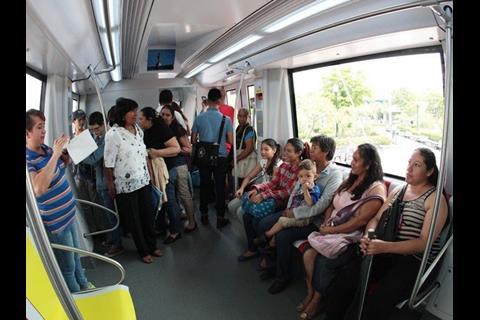 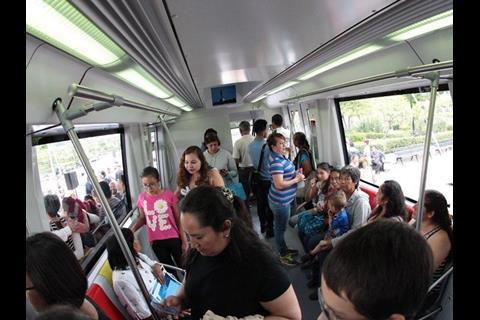 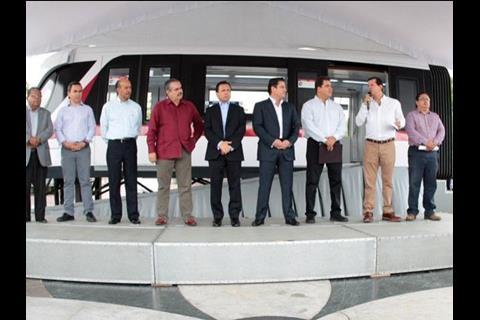 MEXICO: A full-size mock-up of a car for the future light metro Line 3 in Guadalajara has been unveiled in the city by operator SITEUR.

Alstom is supplying 18 three-section vehicles from its Metropolis family under a contract awarded in 2014 that also covers substations and communications systems. Signalling and train control will be based on Alstom’s Urbalis 400 CBTC over TETRA radio. CPVM is also supplying the railway systems in partnership with Alstom.

The trains are being built in Alstom’s Barcelona factory. The first is due to arrive in Guadalajara in December and is scheduled to begin testing in March.

The aluminium-bodied vehicles will be 52·8 m long, 2 890 mm wide and 3 890 mm high with capacity for 589 passengers. They will be equipped internal and external CCTV cameras, LED lighting and wheelchair spaces. Drawing power at 1·5 kV, they will have a maximum speed of 80 km/h, enabling an end-to-end journey time of 33 min over the 21∙5 km line.

Tunnelling on the 5∙3 km underground section of the 18-station route started in June. The tunnel between Glorieta de La Normal and Plaza de la Bandera is being dug at a depth of between 20 m and 25 m.