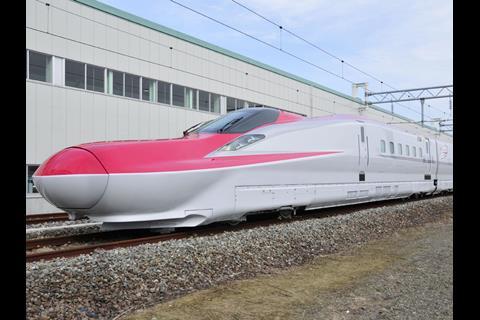 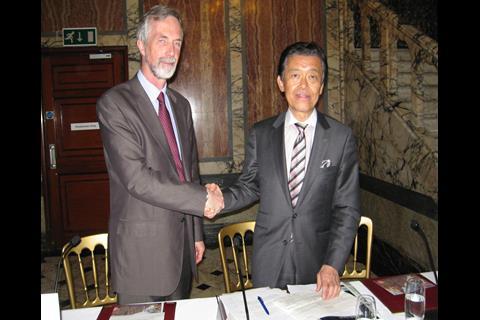 UK: HS2 Ltd has signed a contract for consultancy services with Japan International Consultants for Transportation, a company owned 53% by East Japan Railway. The contract with an undisclosed value began on January 31 and runs for four months to May 31.

Areas covered by the deal include ways of reducing pantograph noise, methods of cutting micro-pressure waves in tunnels, reliability analysis of operations and maintenance, comparisons between slab and ballasted track designs, asset management and station management. An interim report on pantograph noise has already been submitted to HS2 Ltd.

The announcement on April 3 foreshadows JR East’s opening of a London office on April 15. According to JR East Vice-Chairman Masaki Ogata, the London office has been established to foster information exchange, carry out market research, conduct public relations activity and develop partnerships with UK companies, including suppliers. ‘JR East has a vision to develop its business globally, and we plan to share our expertise not just in the UK but worldwide’, he said.

Asked if JR East planned to bid for franchises in the UK, Ogata said ‘it is not determined yet, but we are very interested in franchises. We must do further analysis and investigate the market further’. JICT sent a fact-finding mission to the UK in March which is drawing up a report on business opportunities in the UK for Japanese operators.

Prof Andrew McNaughton, Technical Director of HS2 Ltd, said that ‘we have much to learn from our Japanese friends operating high speed railways in a densely-populated urban environment’. Noting that ‘in Japan you can see how cities have regenerated on the back of investment in high speed rail’, he said that HS2 needed to operate ‘utterly safely’ and ‘with Japanese reliability. When it opens, it has to work, and it has to work fabulously for many decades’, he asserted.

The agreement with JICT and JR East ‘gives us access to deep knowledge’ of high speed rail, he continued, including integration with the conventional network. This was a reference to JR East’s mini-Shinkansen services which operate over regauged routes to reach cities off the high speed network such as Akita and Yamagata in northern Japan. These are comparable to HS2’s proposed services to cities not on the HS2 route using ‘classic-compatible’ trains.