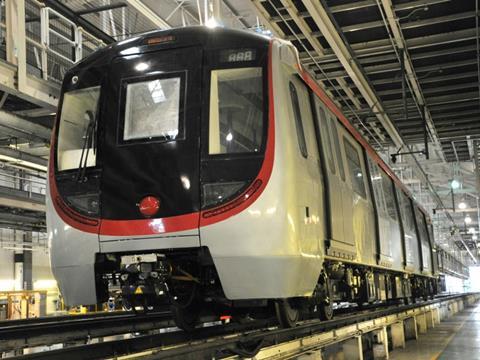 Announcing the contract order on July 22, MTR Corp CEO Lincoln Leong said it was the largest-ever order of new trains in MTR’s history. ‘Originally, we had planned to replace 78 eight-car trains which have been in service for about 30 years’, he said. ‘But in view of the competitive tenders received and after weighing the benefits of having a uniform train fleet equipped with more up-to-date systems, we decided that it would be better value for money to exercise the option included in the tender to replace all 93 first-generation eight-car trains in one go’.

Deliveries are scheduled to take place between 2018 and 2023, with the first train entering passenger service no earlier than the end of 2018. MTR will second staff to the factory to monitor quality during manufacturing and assembly. MTR will also be responsible for additional costs relating to management and implementation of the rolling stock replacement programme.