Huawei and Siemens to co-operate on communications 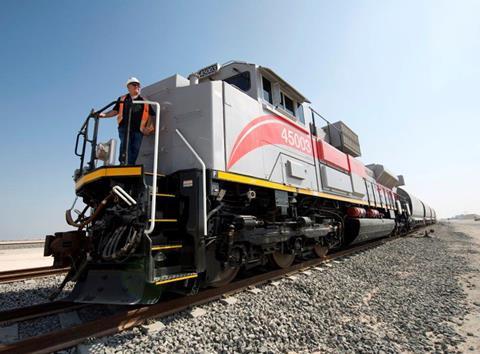 HUAWEI: Chinese communications supplier Huawei announced on April 8 that it had reached agreement with Siemens Convergence Creators GmbH to co-operate in the development of ‘end–to-end solutions’ in the critical communications market, including rail.

Huawei says that it will draw on its expertise in GSM-R for voice communications and train control under ERTMS, as well as enterprise LTE and broadband radio trunking for voice and data. Siemens CVC will bring its experience of delivering large-scale transport projects as well as GSM-R, and its existing laboratory in Croatia is to be equipped with Huawei technology to undertake integration testing of GSM-R and other railway-specific products.

David Xu, Vice-President, Wireless Products, at Huawei Enterprise, said that the facility would enable end–to-end solutions to be ‘integrated seamlessly in a safe and professional operations environment’. Bernard Payer, Senior Vice-President, Infrastructure & Security, at Siemens CVC, looked forward to demonstrating to customers that ‘smart railway projects can be delivered safely and flexibly within a short time frame’.

One key project will be pre-integration testing of GSM-R equipment for Etihad Rail in the United Arab Emirates, where Huawei is supplying its technology for a new national rail network totalling 1 200 km.