First blast for the Falkenberg tunnel 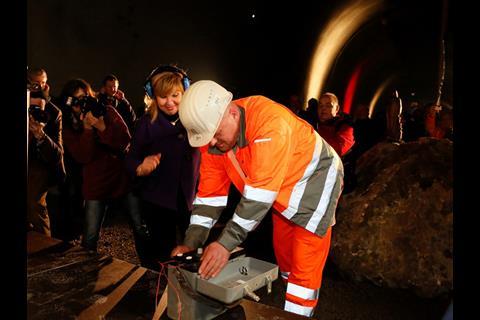 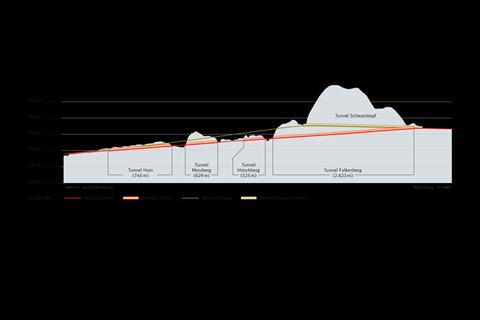 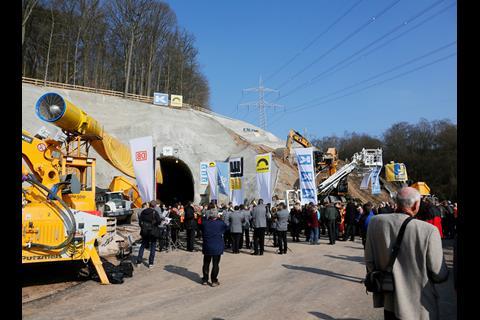 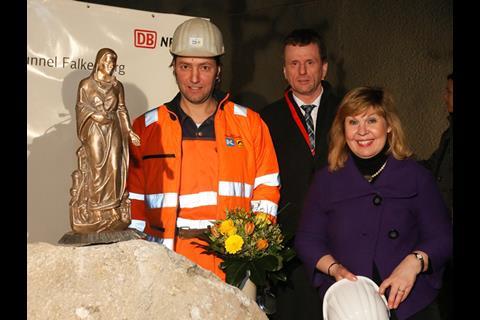 GERMANY: Construction of the 2·6 km Falkenberg tunnel as part of the upgrade of the Hanau - Aschaffenburg - Würzburg corridor was ceremonially launched on March 6 with a first blast triggered by Gerswid Herrmann, wife of Bayern transport minister Joachim Herrmann.

The twin-bore tunnel is the longest of three mined tunnels and one cut-and-cover tunnel which are being built as part of an 8 km cut-off under construction between Laufach and Heigenbrucken. This will replace the existing alignment through the 160 year old 926 m long Schwarzkopf tunnel around 500 m further north.

The new flatter alignment is scheduled to open in 2017, enabling line speeds on the busy corridor to be increased from 70 km/h to 150 km/h and removing the need for banking locomotives on freight trains.