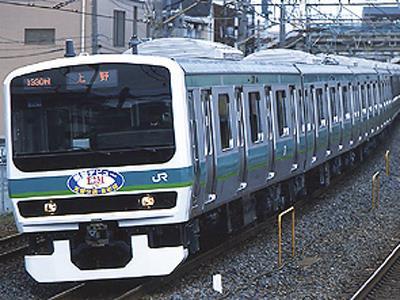 JAPAN: East Japan Railway has shortlisted two European companies for a project to install communications-based train control on one of its Tokyo suburban lines.

Alstom and Thales have been selected to bid for the work, which covers a 29·7 km section of the Joban Local Line between Ayase and Toride, north of the capital.

Citing the opportunity to reduce the amount of lineside cabling and the abolition of track circuits when the existing ATC equipment reaches life-expiry, JR East invited expressions of interest for CBTC in June 2012. This received 10 responses from both Japanese and international suppliers.

The shortlisted bidders were named on February 21, and following further negotiations the company hopes to select a preferred bidder by the end of this year. Installation would be completed 'around 2020', according to signalling experts within JR East.

As well as eliminating track circuits in favour of reporting train location by radio, the railway envisages that moving-block CBTC would accommodate more frequent services running at shorter headways. The technology would also permit bi-directional running on all tracks, helping JR East to recover from any disruption or allowing it to introduce temporary single-line working around track maintenance worksites on 'less congested sections'.

The equipment would also require fewer skilled staff to maintain, which is seen as a significant advantage given Japan's ageing and declining population.

The CBTC pilot project will also enable JR East to compare the technology with its own ATACS moving-block train control system developed over the past decade. This is now being piloted on the Senseki line in Sendai with a view to future deployment around Tokyo.