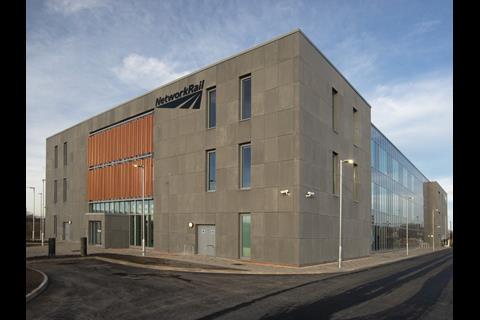 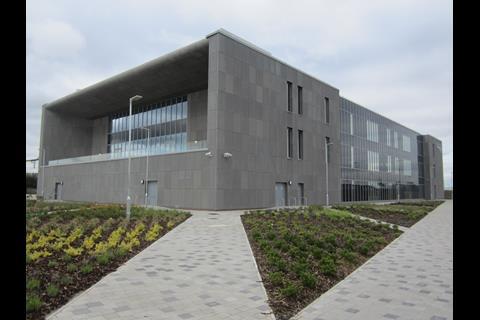 UK: The Manchester Rail Operating Centre was formally opened by infrastructure manager Network Rail on July 21, one of 12 which will eventually control the entire railway network in Great Britain.

The Manchester ROC is initially controlling just the 0·8 km Huyton – Roby section of the Manchester – Liverpool route. It is due to take over lines in central and North Manchester next year, and within 20 years will house signallers and train operating company staff controlling all routes in the area of northwest England between Crewe, Todmorden, Carlisle and the Welsh border.

Opening follows the commissioning of resignalling between Huyton and Roby on July 14, the first to be delivered by Siemens Rail Automation under Network Rail’s new Type 1 framework contract.

The scope included construction of a third track to enable fast services to overtake stopping and freight trains. Siemens installed a Trackguard Westlock interlocking and two trackside interface cubicles, converted 10 filament lamp signals to LED units, and renewed 29 location cases and 23 signal structures, including the installation of new lightweight signals. Three relocatable equipment buildings were provided. A Siemens Controlguide Westcad control system was installed in the Manchester ROC, and EMC immunisation works undertaken as part of the phased electrification programme that Network Rail is carrying out in northwest England.

‘A scheme of this scale and complexity would typically be delivered over an 18-month period,’ said Siemens Project Director Douglas Lee. ‘However, given some challenging timescales, the combined Network Rail and Siemens project team delivered it in just eight months from contract award.’