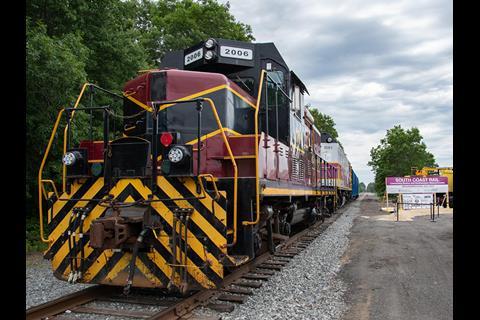 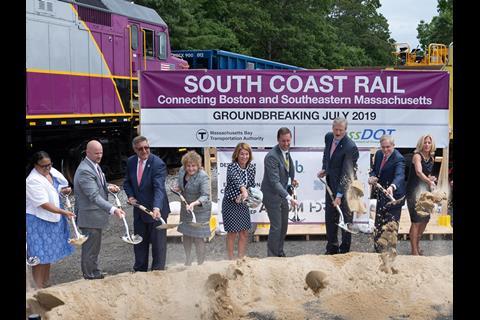 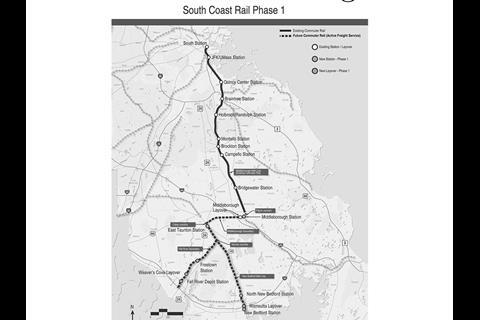 USA: A groundbreaking ceremony at East Freetown in Massachusetts on July 2 officially marked the start of work on Phase 1 of the South Coast Rail commuter project.

The $1·047bn project will extend Boston’s Middleborough Line commuter rail services to Taunton, New Bedford and Fall River, the only major cities within 80 km that do not have services to the state capital.

The extension of services has been planned for many years and is now fully funded under the state’s 2020-24 capital investment plan, with opening scheduled for 2023.

Work to be undertaken includes upgrading of 11 km of the Middleborough Secondary track between Pilgrim Junction and Cotley Junction, 28 km of the New Bedford Main Line and 19 km of the Fall River route. Two passing loops will be provided, and six stations built.

The activities currently underway include land acquisition for the stations and upgrading of the track by contractor Progress Rail and culverts by JF White. Responsibility for programme management is being transferred from the state’s Department of Transportation to the Massachusetts Bay Transportation Authority.

‘South Coast Rail Phase 1 will connect Taunton, Fall River, New Bedford and the surrounding areas to Boston, giving people more options to get to and from southeastern Massachusetts’, said state Governor Charlie Baker at the groundbreaking ceremony. ‘We are proud to advance South Coast Rail further than it’s ever been as part of our administration’s $8bn MBTA infrastructure investment plan over the next five years.’