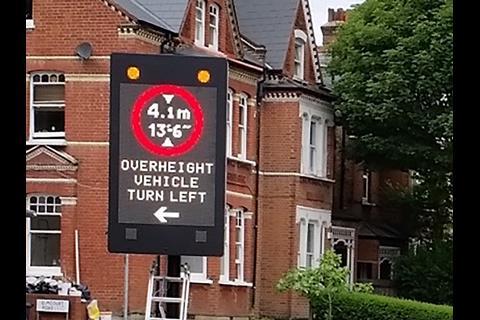 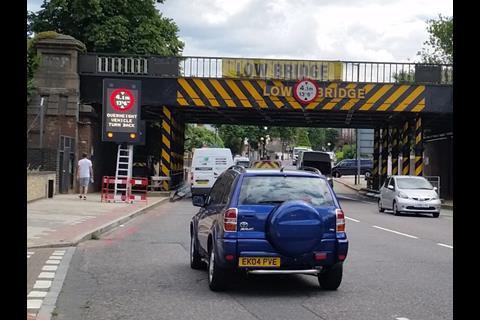 At one point the bridge was being hit on average almost twice a month, but there have been no crashes in the last four months, the supplier said on March 7.

The signs detect approaching vehicles which are too high to pass under the bridge, and display an electronic warning designed to give early and clear information, particularly for non-English speaking drivers. The signs can also be used to provide traffic information from Transport for London's control centre.

‘Every time a lorry hits this bridge it causes disruption to thousands of passengers and this reduction is a step in the right direction’, said Mark Huband, Network Rail Route Asset Manager. ‘With a railway network as busy and complex as ours, knock-on delays can spread very quickly.’