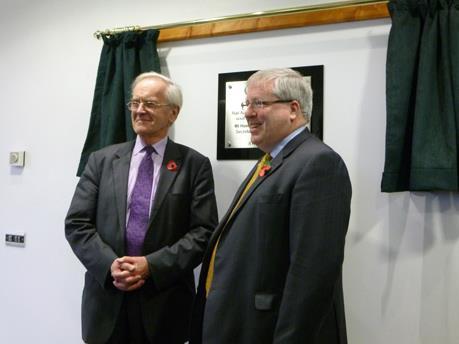 The independent accident investigation body's southern team has moved from Woking to Cullen House, at a site near Aldershot shared with the Air Accident Investigation Branch. The new premises are named after Lord Cullen, who in 2000 led the public inquiry into the Ladbroke Grove accident.

'Cullen House provides a continuing presence for the RAIB in the southeast which together with its northern team in Derby provides a balanced coverage for the geographical territory we investigate', said Chief Inspector Carolyn Griffiths. 'To date since becoming operational in 2005 we have completed 196 investigations. The industry has implemented 95% of recommendations from those investigations, bringing about real changes that improve safety for passengers and those who work on the railways.'