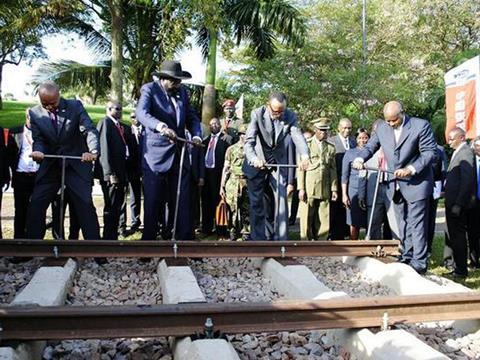 The presidents of Uganda, Rwanda and South Sudan ceremonially launched construction of the standard gauge line from Malaba in Kenya to Kampala in Uganda on October 8.

With CSR now delivering 30 six-car EMUs for the Mitre commuter network, Argentina’s Minister of the Interior & Transport Florencio Randazzo has announced that the 27 three-car DMUs being built by CNR for the Belgrano Sur route are due arrive in Buenos Aires in May 2015.

NS, ProRail and the municipal authority have agreed to rebuild Harderwijk station by 2016.