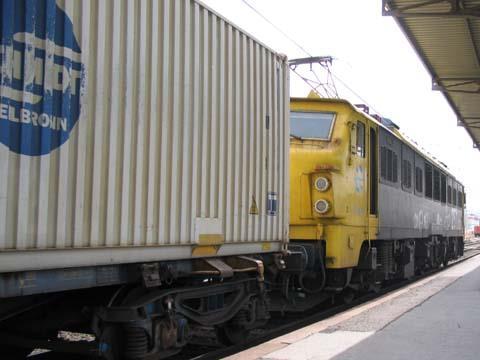 SPAIN: Unveiling a package of measures aimed at reviving the national economy, Prime Minister José Luis Rodríguez Zapatero announced on June 23 that RENFE’s freight business would be established as a stand-alone company within three months. Although 100% state-owned to start with, it is expected that the new venture would be opened up to private capital with the aim of creating a major logistics business similar to those being assembled by the national railways of France and Germany.

With road transport disrupted by lorry drivers protesting against rising fuel costs, the government is looking to switch more freight to rail, using capacity freed up on the conventional network by the expansion of the Spanish high speed network, set to be the world’s largest by 2010 according to Zapatero. Substantial investment would however be required to relieve ?bottlenecks in the major cities, where growing suburban traffic competes for paths, and to improve access to ports.

At the same time, on-rail competition is growing. RENFE is at present attempting to negotiate an agreement over the long-term future of Transfesa with its new majority shareholder DB, which now owns 51% of the company compared to RENFE’s 20%. Transfesa’s Activa Rail business is one of 11 companies licensed to operate freight trains on the Spanish national network, now including Ferrocarriles del Suroeste formed by construction groups Alfonso Gallardo and Gea 21.

Activa is currently seeking a safety certificate to enable it to bid for paths. Six companies have obtained these so far, the latest being Euro Cargo Rail, now also in DB ownership following the acquisition of EWS.

Having commenced operations in Spain last January (RG 2.08 p72), Comsa Rail Transport has signed an agreement with Takargo of Portugal and hopes to commence operations between Lisboa and Madrid early next year. Connections to Barcelona and Valencia should follow, with the aim of capturing 10% of intermodal traffic moving between the two countries by 2012 when turnover would be some €40m.