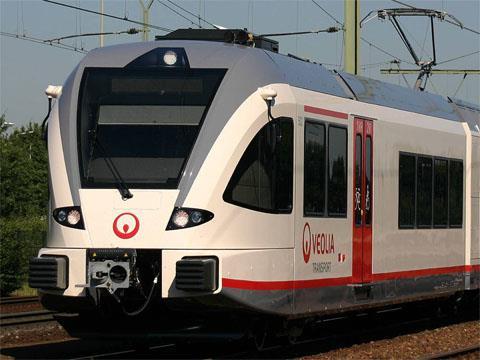 EUROPE: On May 5 Caisse des Dépôts and Veolia Environnement announced the signing of definitive agreements for the merger of Transdev and Veolia Transport, having completed consultation with employee representatives.

The deal is subject to authorisation by the French government and regulatory authorities, who will be formally notified 'in the coming weeks.'

Veolia Environnement CEO Antoine Frérot will chair the new group, while Transdev Chief Executive Joël Lebreton will be CEO. Veolia Transport CEO Cyrille du Peloux will be Deputy CEO, responsible for operations and for preparing an IPO to raise capital within 12 months of the merger, subject to market conditions.

Under the framework announced on December 21 2009 the merged entity will be equally owned by operating partner Veolia Environnement and long-term shareholder Caisse des Dépôts, which will first subscribe to a €200m capital increase in Transdev.

The group will have assets which produced revenues of €8·1bn in 2009, with a presence in 28 countries and 117 000 employees. Cash flows from operations amount to approximately €500m, and cost synergies from the merger are put at €70m per year.

The 25·6% stake in Transdev currently held by Paris transport operator RATP will be exchanged for various Transdev and Veolia Transport assets to give RATP a stronger presence in France, the UK, Italy and Switzerland.