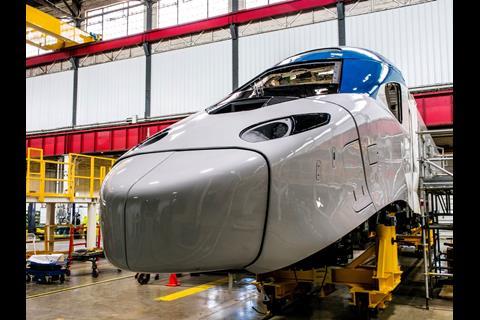 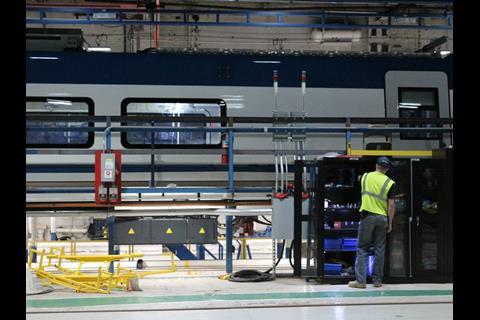 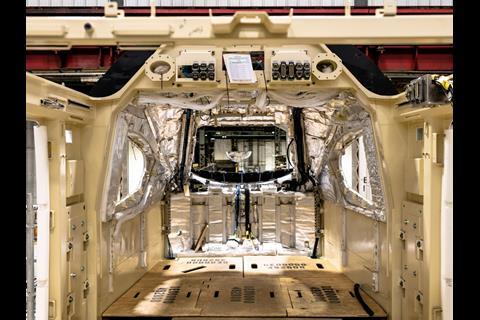 USA: Alstom invited guests to its Hornell factory in New York state on June 12 to showcase the progress it is making in producing the next generation of Acela high speed trainsets for Amtrak.

Amtrak says that ‘significant progress’ is being made in production of the fleet, which is expected to enter traffic on the 735 km Washington – New York – Boston Northeast Corridor route in 2021.

Designed for operation at up to 300 km/h, the 28 trainsets will initially enter service at up to 255 km/h. They will incorporate Alstom’s Tiltronix anticipatory tilting technology, and a crash energy management system meeting the latest Federal Railroad Administration crashworthiness guidelines.

Ordered in 2016, the trains will offer around 30% more capacity than the 20 Acela Express trainsets that they will replace. The expanded fleet will enable Amtrak to increase frequencies, operating half-hourly between Washington and New York at peak times, and hourly between New York and Boston.

Branded Avelia Liberty by Alstom, the trains will be formed of two compact power cars and nine articulated passenger coaches, with an option of adding up to three more vehicles if demand grows further.