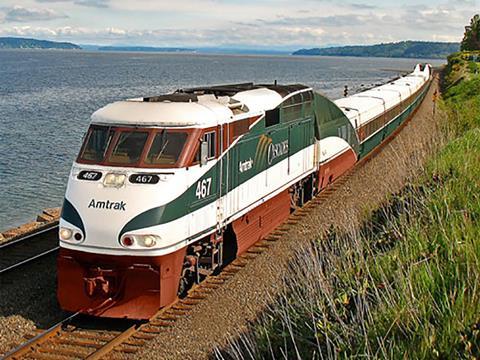 USA: The federal government has approved more than $272m of funding for 10 ‘state of good repair’ projects, the Federal Railroad Administration announced on August 21.

The money is intended to co-fund works to improve publicly-owned railway infrastructure and the performance of inter-city passenger services.

FRA said the selected projects all exceeded the requirement for a minimum of 20% non-federal match funding, and would leverage more than $190m of non-federal funds.

The funding for Washington state will enable replacement of the Talgo VI trainset destroyed in the Point Defiance derailment and the withdrawal of the two remaining trains of that type, as recommended in the NTSB report into the accident.