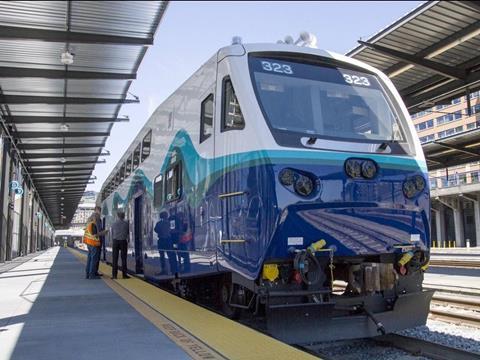 USA: The first of nine Bombardier BiLevel cab cars ordered by Sound Transit in 2014 arrived in Seattle on July 24. It is due to enter passenger service in September.