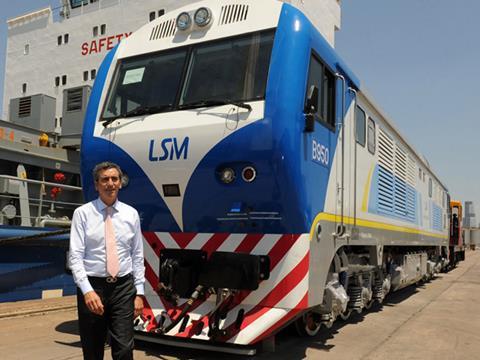 ARGENTINA: The first two of 24 diesel locomotives that CSR of China is supplying for the San Martín commuter route were unloaded at the Port of Buenos Aires on February 1. Capable at operating at up to 120 km/h, the new locos are equipped with rheostatic braking.

As well as the locomotives, CSR is supplying 160 coaches for the San Martín route between Buenos Aires Retiro and Pilar. According to Minister of the Interior & Transport Florencio Randazzo, the first 20 of these cars are now on their way to Argentina.

CSR is also supplying a total of 409 EMU cars for the Sarmiento and Mitre networks in Buenos Aires. Deliveries are expected to start in March 2014.