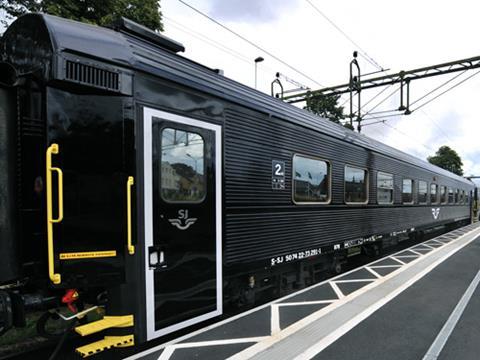 SWEDEN: This month EuroMaint is to begin work on a contract to refurbish 55 second class coaches for national passenger operator SJ. The project will run until the first quarter of 2014, and is an option on a deal for the refurbishment of 160 coaches undertaken in 2009-11.

Seats and lighting will be replaced, and emergency braking, door and other onboard systems enhanced. The coaches will also be repainted.

The work is to be carried out at EuroMaint's workshop in Notviken, Luleå. The site usually employs around 100 people, but the latest contract will require more staff to be recruited. 'The passenger carriage refurbishment is a large-scale project, which will employ around 40 people. We can free up some expertise internally, but we will need to recruit a number of employees; everybody from electricians to installers', according to Workshop Manager Daniel Eriksson.

Six to eight coaches will be modernised at a time, requiring the company to lease additional space.