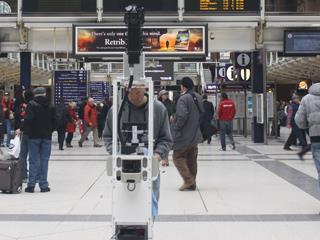 UK: Google is to add 360° pictures of the concourses of 13 major stations to its online Street View service.

Infrastructure manager Network Rail said being able to check station layouts and facilities before setting off would help people 'to better find their way around some of the Britain's busiest transport hubs'.

A 'Google Trolley' has photographed captured images of the concourses of 13 stations, with Birmingham New Street, London King's Cross and London Waterloo to follow once current redevelopment projects are completed.