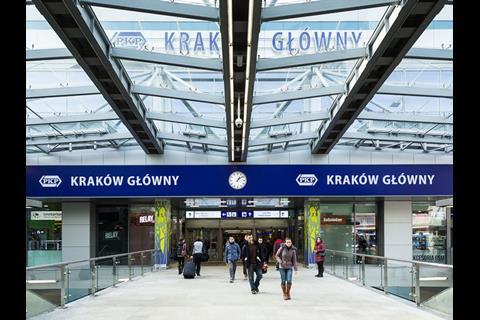 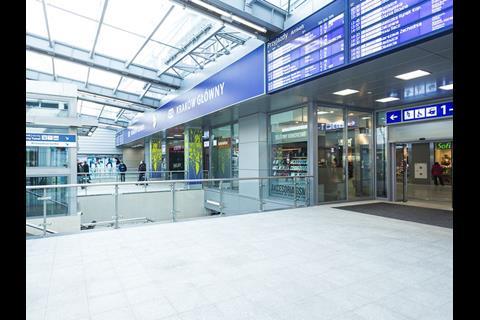 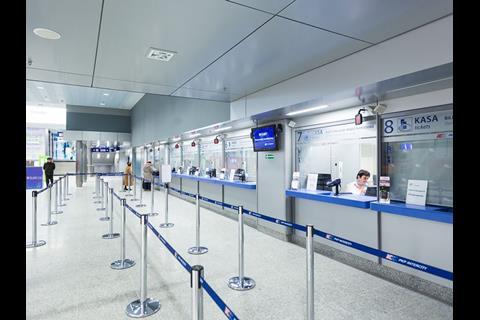 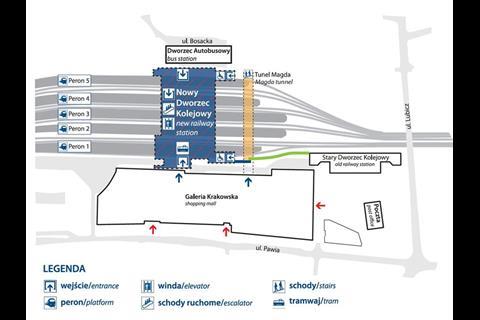 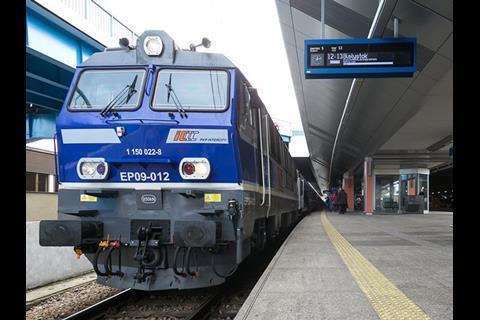 POLAND: A new concourse beneath Kraków Główny station was inaugurated by PKP SA on February 15, completing a project to rebuild the city's main rail, bus and local transport gateway to modern European standards.

Built at cost of 130m złoty co-funded by the EU, the 12 630 m² concourse offers 28 ticket counters, ticket vending machines, information desks and left-luggage facilities, as well as a selection of retail outlets and free wi-fi. Stairs, escalators and lifts provide easy access to every platform, as well as the tram stop located beneath the station hall. There is direct access to the bus station to the east, and the Galeria Krakowska shopping centre to the west.

As part of the work the station's platforms have been lowered from 960 mm to 760 mm to meet TSI standards, and the canopies redesigned.

Kraków Główny has seen ongoing redevelopment work since the 1980s, when it was decided that its three platforms serving five tracks should be replaced by more extensive facilities. An adjacent depot was relocated, freeing land for the construction of five island platforms serving 10 tracks. Provision was made for the future concourse, which has now been fitted out.

The fate of the former station building dating from 1847 is still to be determined.