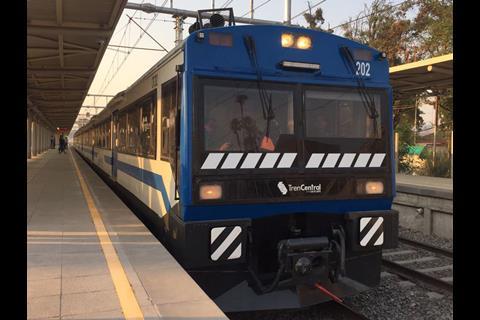 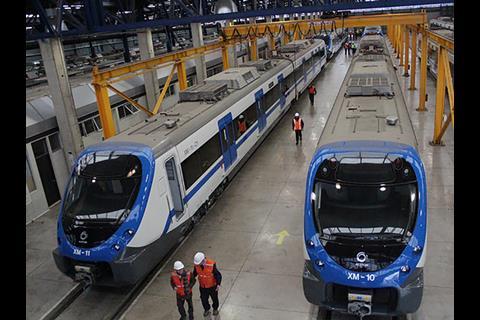 CHILE: State railway EFE began trial operation of its new commuter service between Santiago and Rancagua on January 24. During the initial phase, there are three departures from the capital during the morning peak, and one at 20.45 on Fridays. There are departures from Rancagua at 07.20, 10.00 and 19.30.

From May 2 it is intended to start operating throughout the day, with the end-to-end journey time reduced from 1 h 30 min to 1 h 10 min. Operating from Rancagua in the morning and from Santiago in the evening, an express service will run non-stop to cover the 81∙8 km in 1 h.

‘Journey times between both locations will be progressively reduced and in this way we will increase the number of journeys made by people working in one city or the other’, said Minister of Transport & Telecommunications Andrés Gómez-Lobo.

As well as track renewals, the refurbishment of 10 stations and the introduction of smart card ticketing, the US$600m project has involved the acquisition of a new fleet of Alstom X’Trapolis Modular EMUs. Initial operations between Santiago and Rancagua are being conducted with four X’Trapolis trainsets as well as four refurbished ex-RENFE Class 440 EMUs.