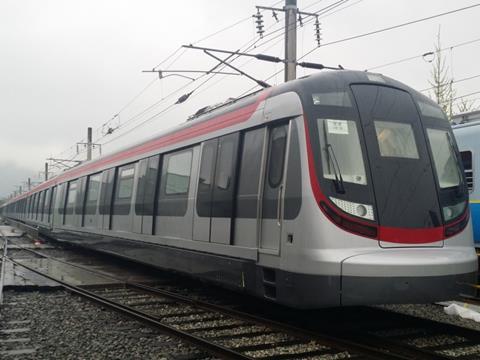 CHINA: The Hong Kong government announced on August 7 that it would deploy a team of experts to ensure quality and safety assurance on the Shatin – Central Link, following an MTR Corp special board meeting to discuss issues associated with the faulty construction of a platform slab at Hung Hom station on the HK$97·1bn project.

During the special meeting, CEO Lincoln Leong Kwok-kuen notified the company of his wish to retire early. Projects Director Dr Philco Wong Nai-keung resigned with immediate effect, and three other managers have also left the company.

As part of the SCL project, Hung Hom station is being rebuilt as an interchange between the north-south and east-west corridors. In May reports emerged that steel reinforcing bars linking the platform and walls had been cut rather than correctly screwed together, raising questions over the integrity of the construction. Reports submitted to the government in June and July were found to be contradictory, showed deviations from agreed designs and contained inaccuracies about the construction methodology, including an over-estimation of the number of reinforcing bar couplers that had been used.

As a result of the problems, the Hong Kong government called for the dismissal of the relevant managers. MTR Corp ‘is a very huge corporation’ said Secretary for Transport & Housing Frank Chan, ‘and when we are talking about the sacking of a few officials or officers, there are bound to be impacts upon their operation in terms of project management.

Trading in MTR’s shares had been suspended from 13.00 on August 7 at the company’s request, pending the announcement of the departures, and was expected to resume at 09.00 August 8.

Leong has been CEO since March 2015, and his contract had been renewed for a further two years in February. By mutual agreement with the board he will remain in the post until his successor is appointed. MTR Corp’s non-executive Chairman Frederick Ma said he had twice offered to resign, but the government had asked him to stay on to lead the search for a new CEO.